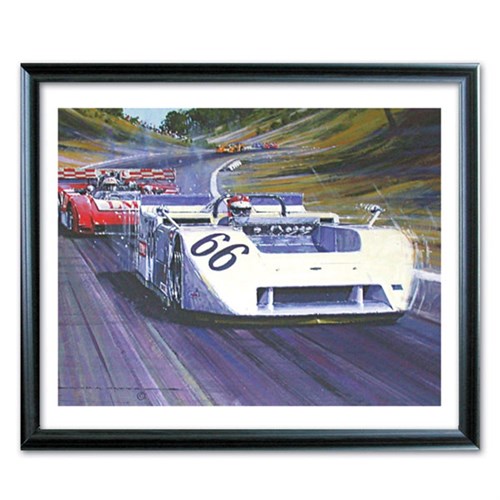 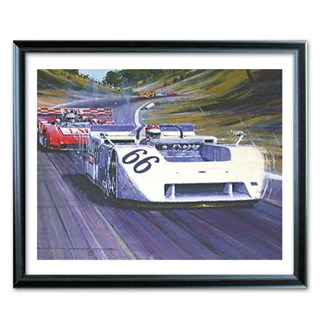 The 'Sucker' car represented Jim Hall's drive to greater downforce on his Chaparral cars without the penalty of additional drag. In the hands of Vic Elford, it showed much potential but the other teams complained about the 2J's spinning fans and, at the end of the 1970 season, it was banned. This Nicholas watts print, signed by Vic, shows the sucker car setting pole position at Laguna Seca.
Read more