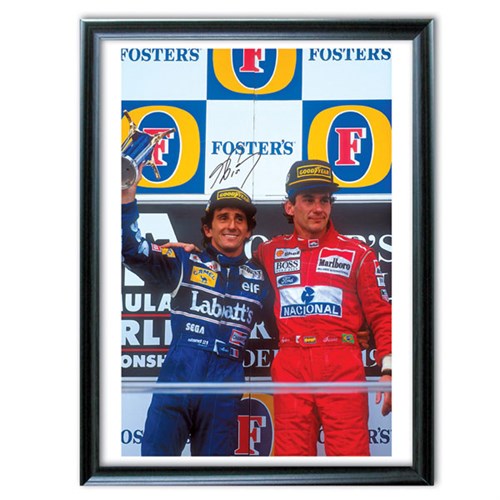 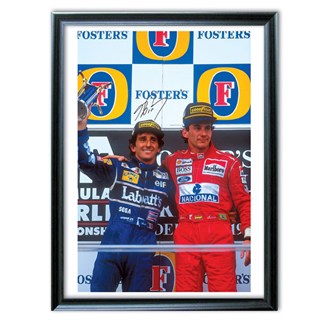 Alain and Ayrton had a very special relationship. Both were obsessed by the other and between them were responsible for perhaps the greatest rivalry Formula One has ever known. Yet there was great mutual respect as is clear from this photo, which shows the two embracing after Ayrton's last ever win at the Australian Grand Prix. The print is hand signed by Alain Prost.
Read more