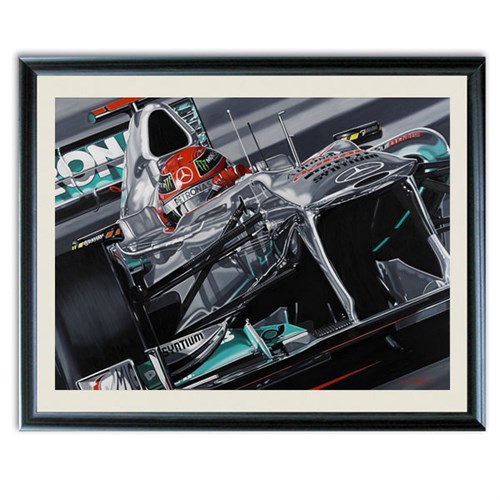 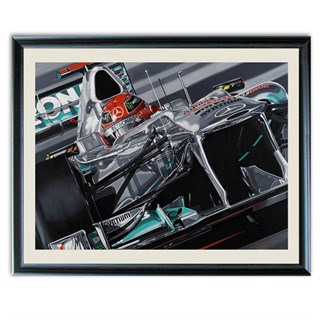 To celebrate the return of legendary driver Michael Schumacher to the front end of the F1 grid, Colin Carter has created this new painting showing Michael on his drive to 4th place at the Canadian Grand Prix of 2011. People questioned Michael Schumacher's passion for F1 after his return with the Mercedes F1 Team in 2010, and what was to be a three year development programme. His brilliant 4th place drive at the 2011 Canadian Grand Prix, finishing immediately behind Mark Webber's Red Bull, followed by his amazing 20th anniversary drive from last to 5th place at Spa, proved he still has all of his Championship winning talents and, with more development at Mercedes, could still be a mighty force in F1. This painting has been reproduced in a high quality paper Giclee print and is a limited edition of 500.
Read more