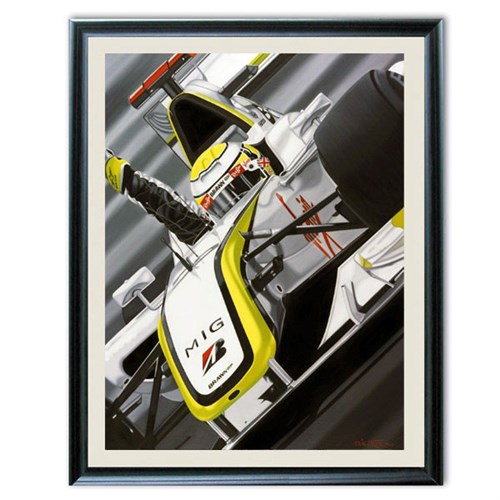 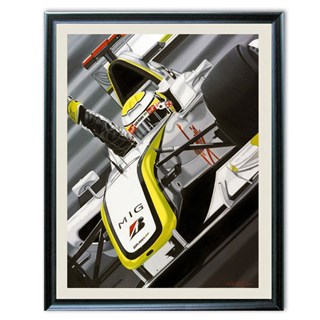 Colin Carter The Makings of a Champion print Product Information

Jenson Button's victory at the 2009 Turkish G.P. was his sixth victory of the seven G.P.s of the 2009 season, equalling the previous record set by motor racing legends Alberto Ascari, Juan Manuel Fangio, Jim Clark and Michael Schumacher. With a good car and the backing of the the new Brawn G.P. team, Jenson has proved that he has all the makings of an F1 World Champion. Limited to only 500 copies for sale worldwide. Each copy personally signed by the artist then sealed and numbered by the artist.
Read more