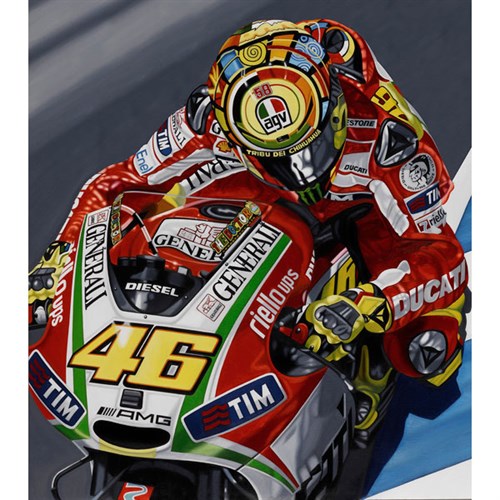 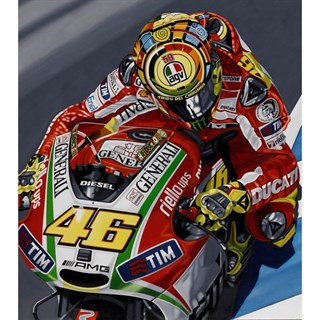 Valentino Rossi hoped to achieve the 'Italian Dream' by joining the Ducati team, but, in spite of his and his team's best efforts, it was not to be. Vale showed he had lost none of his 'genius' when racing conditions helped, and had an amazing race at Le Mans in 2012, overtaking Casey Stoner to gain 2nd place, and, with him joining Yamaha for 2013, he will be back chasing yet another World Championship crown. This edition is limited to 850 copies worldwide.
Read more