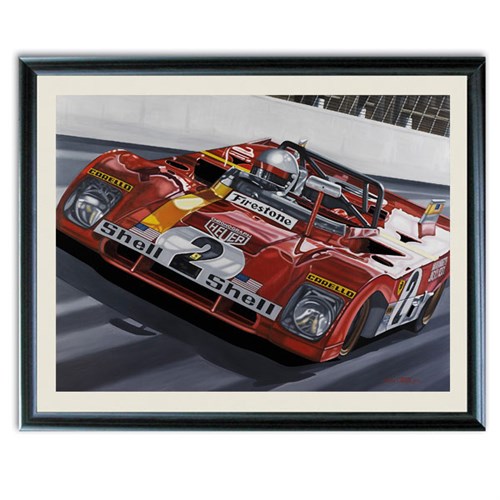 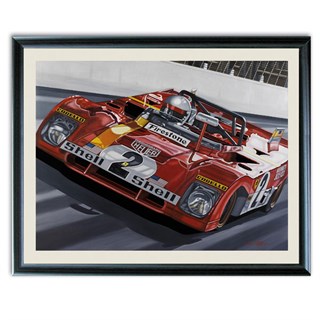 To celebrate the 50th Anniversary of the Daytona 24 Hour Race, Colin Carter has produced this limited edition print featuring the winning Ferrari of the 1972 race. The Ferrari was driven to victory by Andretti and Ickx at the 1972 race, which was shortened to six hours at the request of the FIA. Andretti and Ickx were able to win despite losing a cylinder which took away about 14 mph on the track. Ickx was able to take the lead and the team victory with just five laps to go, when he passed Tim Schenken's/Ronnie Peterson's Ferrari 312 PB, giving a 1-2 race result for the victorious Ferrari team. The Victory Last Time Out print is a limited edition of 500 paper giclee prints.
Read more