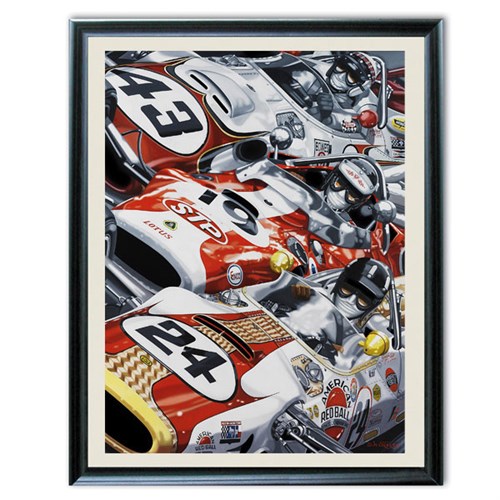 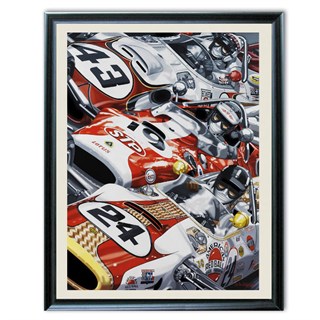 This print from Colin Carter captures Jackie Stewart, Jim Clark and Graham Hill at the 1966 Indy 500. On May 30th, 1966, before the leaders made their way through the first turn of the first lap, a 16-car crash occurred on the main straightway, eliminating 11 cars. After highly favoured Mario Andretti was black-flagged for leaking oil, Lloyd Ruby and Jim Clark seemingly had the race under control. However, Ruby was black-flagged for a smoking engine on lap 147 while leading by almost a lap. Clark, battling an ill-handling car, spun on the 62nd and 84th laps while leading. Then, with 25 miles to go, Jackie Stewart appeared to have the race in hand, but his car lost oil pressure and he was sidelined. Graham Hill grabbed the lead and won $156,297 for winning "The Greatest Race in the World". Clark finished second having led 66 laps of the race, whilst Stewart finished sixth having led 40 laps. The 1966 print is a limited edition of 850 paper litho prints.
Read more