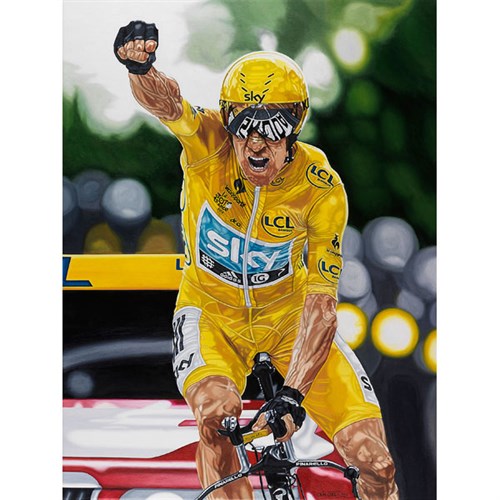 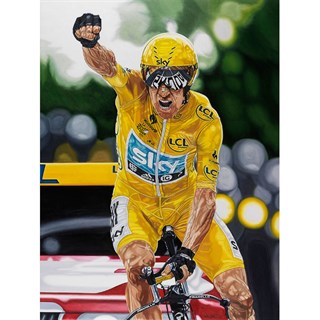 Bradley Wiggins celebrates victory at the time trial between Bonneval and Chartres, which made his overall victory at the 2012 Tour de France a formality. Bradley became the first ever British rider to win the Tour de France and went on to become the 2012 Olympic Sprint Champion. 'Wiggo' has become one of the U.K.'s most iconic sports personalities, having reached levels of achievement never previously attained by any British rider. This edition is limited to 500 copies worldwide.
Read more