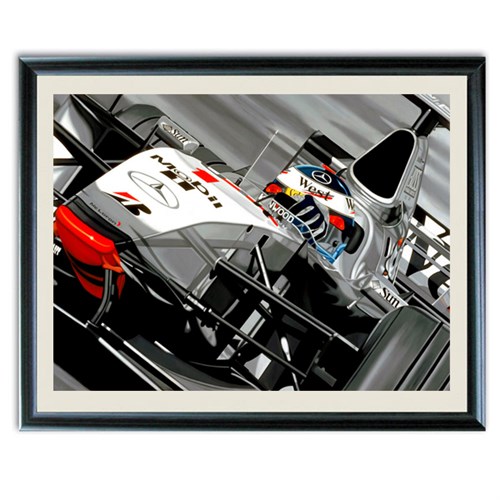 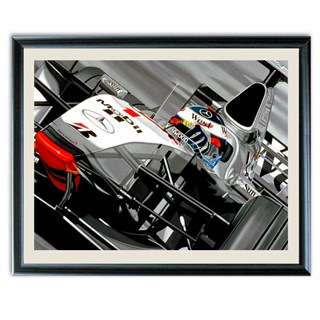 The 1999 F1 season seemed to be in the hands of the Flying Finn from mid-season when Michael Schumacher's unfortunate accident at the British Grand Prix put him out of contention. After some thrilling racing between Hakkinen and Irvine and a victory at Suzuka Mika won his second consecutive World Championship title in Japan. Limited to 250 copies. Measures 70 x 90cm.
Read more