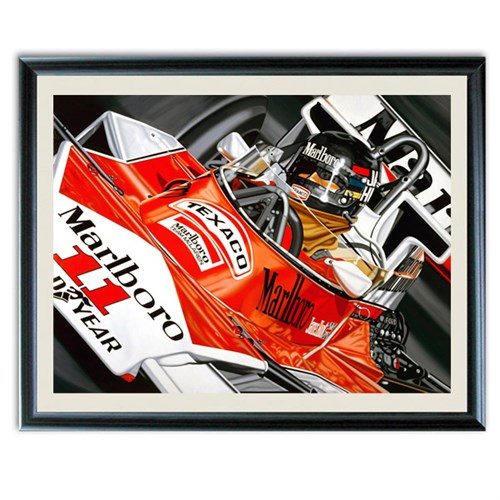 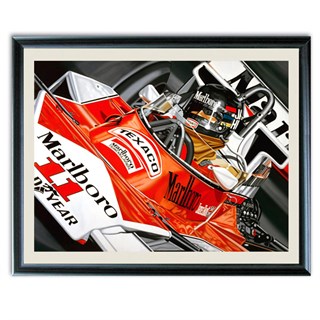 This is a new print which has been launched to commemorate the 25th anniversary of James' famous 1976 World Championship victory. With memories of his terrible accident still apparent Lauda retired leaving James to clinch the Championship in atrocious conditions at the Japanese Grand Prix. Limited to 500 copies. Measures 70 x 90cm.
Read more