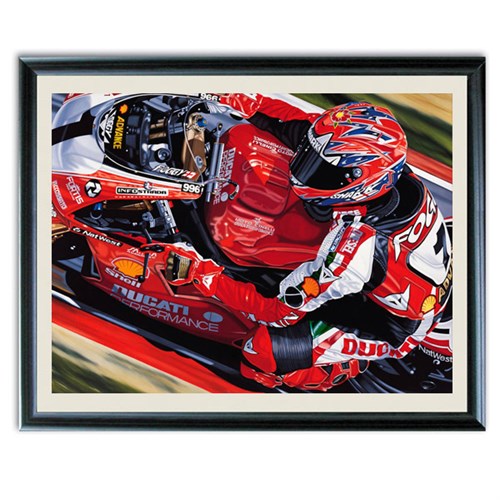 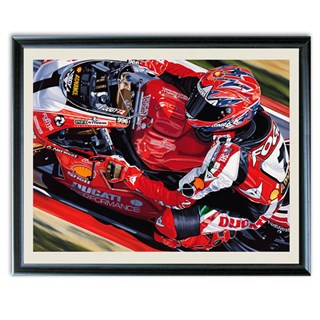 In Carl Fogarty entered the history books and became a motorcycling hero by winning his fourth Superbike Championship. Without his there would have been more but his non-compromise mentality endeared him to his fans. He will not be forgotten. Limited to 850 copies. Measures 70 x 90cm. *Frame not included.*