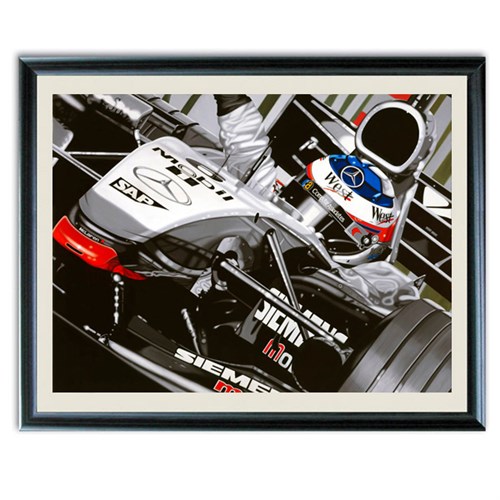 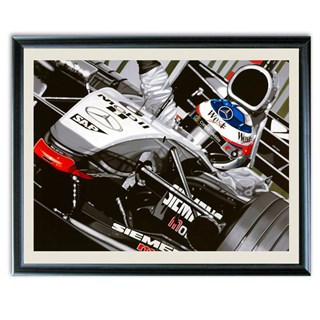 Kimi Raikkonen salutes his team as he claims his first F1 victory at the 2003, Malaysian Grand Prix. An impressive season saw him achieve one victory, seven second-place finishes and two further podiums, taking his championship challenge right up to the final race of the season at Suzuka eventually losing out to Michael Schumacher by just two points.
Read more