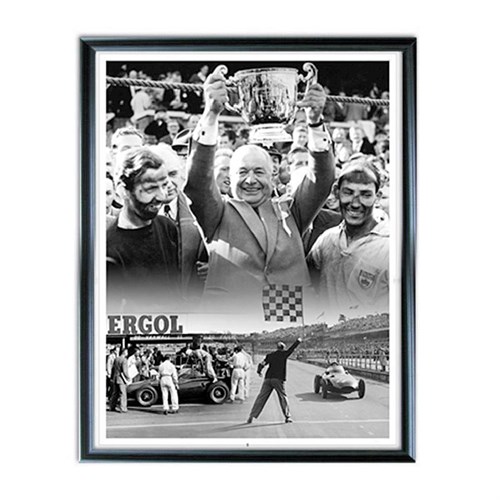 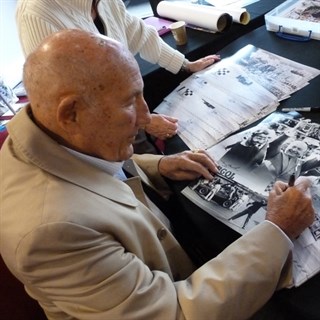 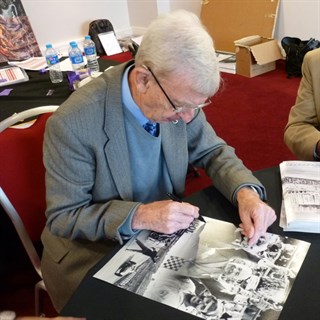 This new limited edition print is entitled "A Very British Affair" and celebrates the victory taken by Sir Stirling Moss and Tony Brooks at the 1957 British Grand Prix. This race marked the very first championship victory in Formula One by a British manufactured car, the Vanwall 254.

The race itself is the stuff of Formula One legend. Moss was leading the race from pole position until a fuel problem on lap 51 forced him out of the race. The home crowd were devastated with this news, as Stirling was the fan's favourite for victory. Shortly after this retirement Tony Brooks, still recovering from a big shunt at Le Mans, was pulled into the pits by the Vanwall team as his energy levels were fading. This retirement allowed Moss to rejoin the race in his second Vanwall of the afternoon. After a gruelling end to the race, which was littered with incident, the Vanwall that had been piloted by both Sir Stirling Moss and Tony Brooks took the chequered flag to rapturous cheers.

The print itself is one of the most exclusive we've ever offered. Limited to just 60 examples, and each one is hand signed by both Sir Stirling Moss and Tony Brooks. The images in this print show Moss and Brooks on the podium, faces famously muddied, receiving their trophy for the race win, with smaller shots of Moss taking the chequered flag, and the famous driver changeover pit stop underneath. For Formula One enthusiasts and collectors, especially those with a love for all things British, this is one not to be missed.