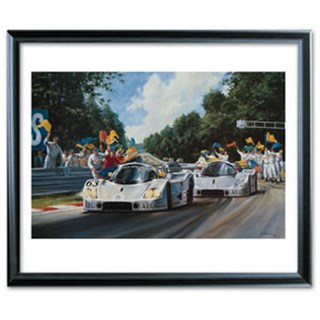 Silver Arrows' depicts Jochen mass's only Le mans victory. In 1989 Mercedes returned to Le Mans by supplying engines to Peter Sauber's team. With an engine taken from the Mercedes' turbo-era in Formula 1, the cars hit a top speed of 247mph, a speed which has never been bettered. Sauber exceeded even his own ambitions by taking first, second and fifth places.
Read more