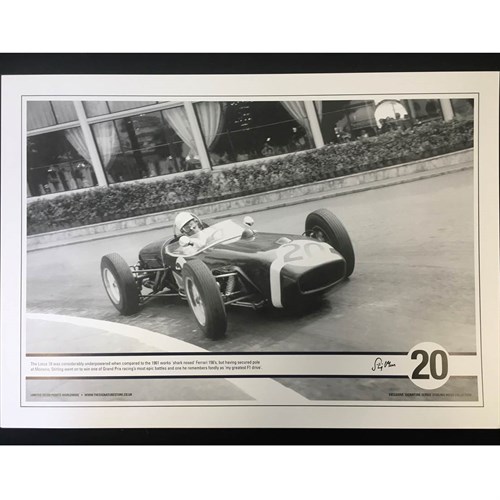 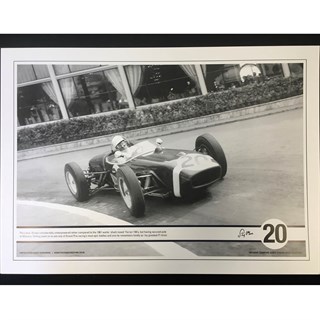 Many regard Stirling's victory at the 1961 Monaco Grand Prix as his best ever Formula One performance. In the inferior Lotus he held off the three faster Ferraris of Hill, Ginther and Von Tripps to secure victory on the twisty circuit of the Principality. The print measures 28 x 42cm.
Read more