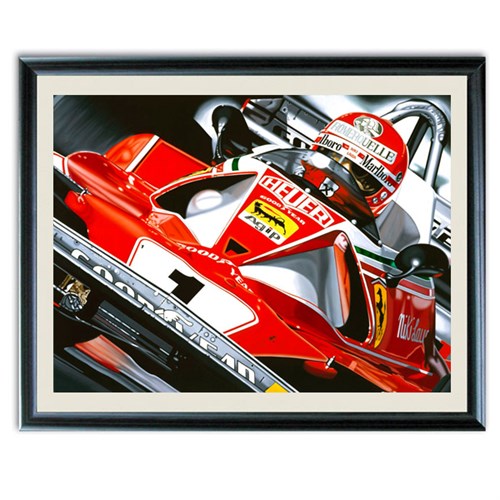 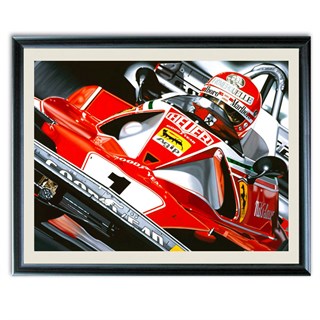 Niki Lauda turned Ferrari's fortunes around when he won his first world championship in 1975. In 1976 driving the 312T he looked like winning the championship again when after a near fatal accident at the Nurburgring he lost out to James Hunt by one point. In 1977 he won his second title for Ferrari. In 1984 he added a third whilst at McLaren. Limited to 500 examples. Measures 70 x 90cm.
Read more