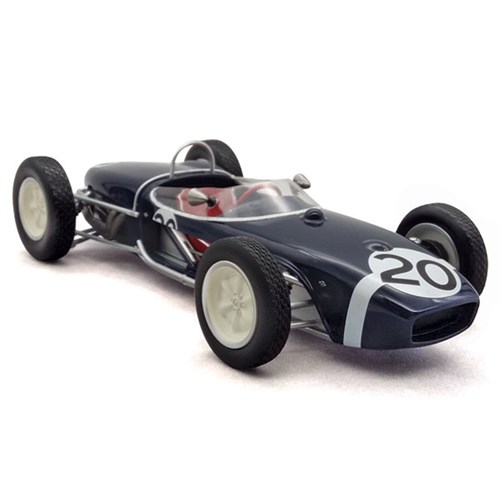 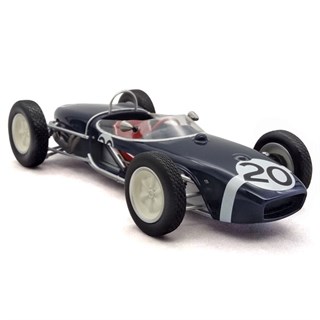 Many consider the 1955 Mille Miglia to be Moss’s greatest win, and of course with ‘Jenks’ at his side it was indeed a great victory.But, for many, it was his titanic struggle with the Ferrari 156 Sharknoses at Monaco in 1961 that better demonstrated his peerless racing craft. Monaco was the first race of the championship that year; the date of the race was the 14th May. In qualifying, Moss squeezed every last ounce of competitiveness from the diminutive Lotus to put it on pole.

Lined up beside and behind him were the red cars driven by Ginther, Hill and von Trips. The weather that day was sweltering, and so to give Moss a little extra ventilation the mechanics famously removed the side panels from the car. It was Ginther who led into the first corner. Moss hunted him down, re-taking the lead on lap 13. For the next 87 laps, Stirling was hounded by the Prancing Horses, rarely more than a second or so behind him, as they desperately tried to find a way past on the tortuously twisty, road circuit.

The race lasted almost three hours, and Moss crossed the line just three seconds in front of Ginther. It was a performance of truly David and Goliath proportions. He had soaked up all the pressure that the Scuderia could throw at him. His victory would go down as one of the hardest fought in the annals of Formula One.

Obviously, this is the race-day version of the car; that is to say with the side panels removed. It will not be produced again.