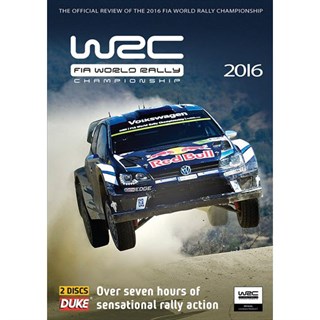 How much more exciting can WRC get? With six winners in the first seven rounds 2017 got off to a flying start and maintained that excitement right the way up to the Tour de Corse (at the time of writing) and hopefully beyond. With Sebastien Ogier and his all-conquering VW Polo R leading the charge in the first two rounds it looked as if 2016 might become a re-run of the last few years as the young Frenchman ran away with the title – Far from it! The exciting back-and-forth battle for the title that followed defies expectations and shows that World Rallying has attracted talent and highly motivated teams. Wins for Kris Meeke, Andreas Mikkelsen, Hayden Paddon, Thierry Neuville, and Jari-Matti Latvala show that the future is bright for the biggest off-road championship in the World and also make for a seriously thrilling official review. Shot with the latest HD camera equipment by crews determined to seek out the best vantage points and most innovative angles, the WRC is simply the most jaw-droppingly scenic and sensational motorsport event imaginable. Our huge two-disc review takes the best of the footage, the biggest jumps, longest slides, fastest corners and most wince-inducing crashes, mixes them with fascinating interviews and commentary and puts you right into the heat of the moment. Get set for seven and a half hours of non-stop super-intense excitement with the all-new Official Review of the 2016 FIA World Rally Championship!
Read more