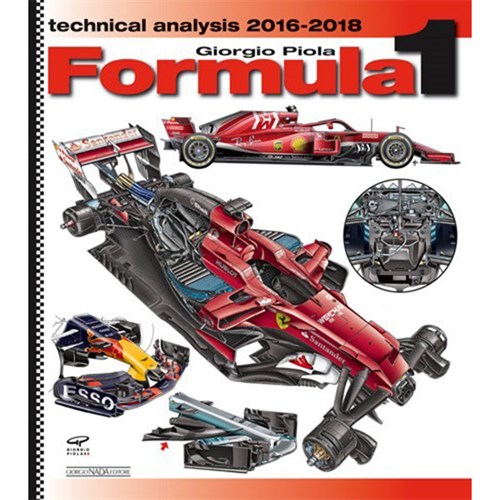 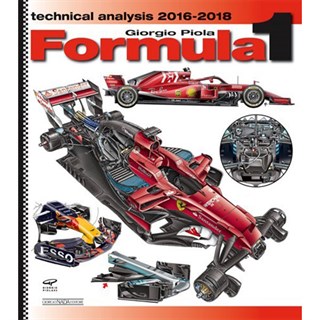 The F1 Technical Analysis by Giorgio Piola is actually the only book of its kind that unveils all the technical secrets - even the most carefully hidden ones - of the Formula 1 World Championship cars. Engines, chassis, brakes, tires, this is an especially rigorous analysis of the car, but also their steering wheels and suspension. An essential for real Formula 1 enthusiasts for almost 30 years, this annual also reviews in its second part the main new technical developments devised by the various teams during the season. And it is a section which is always richer and more completely articulate, also offering an ample preview of the championship taking place. Following this well-consolidated process, for the first time this year Formula 1 2016/2018 contains a detailed account of the 2016-2018 season. Three years in which the world championship has continued to use hybrid engines, with Mercedes-Benz dictating the pace, although Ferrari and Red Bull have sometimes come close. With two Formula 1 World Champions - Raikkonen and Vettel - driving its cars, Ferrari has been one of the stars, especially in 2017 when Sebastian and Hamilton clashed in a long, exciting duel. All illustrated by over 500 color technical designs, created by Giorgio Piola himself. G. Piola, hardback, 208pp, 28 x 23cm.